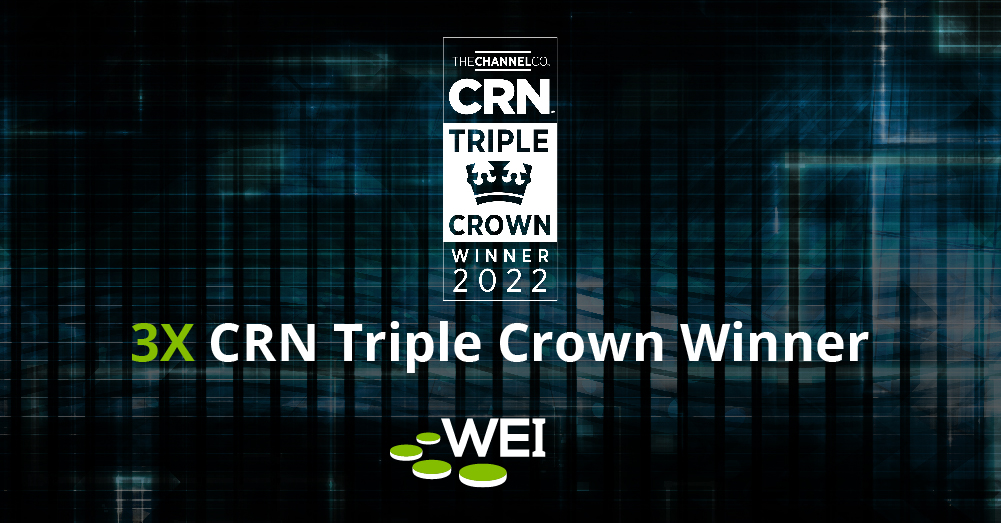 For over 30 years, WEI’s success has centered around customer relationships. We remain heavily invested in the success of our customers, and the engineering pedigree that we have attracted serves as a catalyst for why our customers continue to grow and prosper with our custom solutions. This is a recipe that recently earned WEI its third CRN Triple Crown Award, from prestigious CRN. 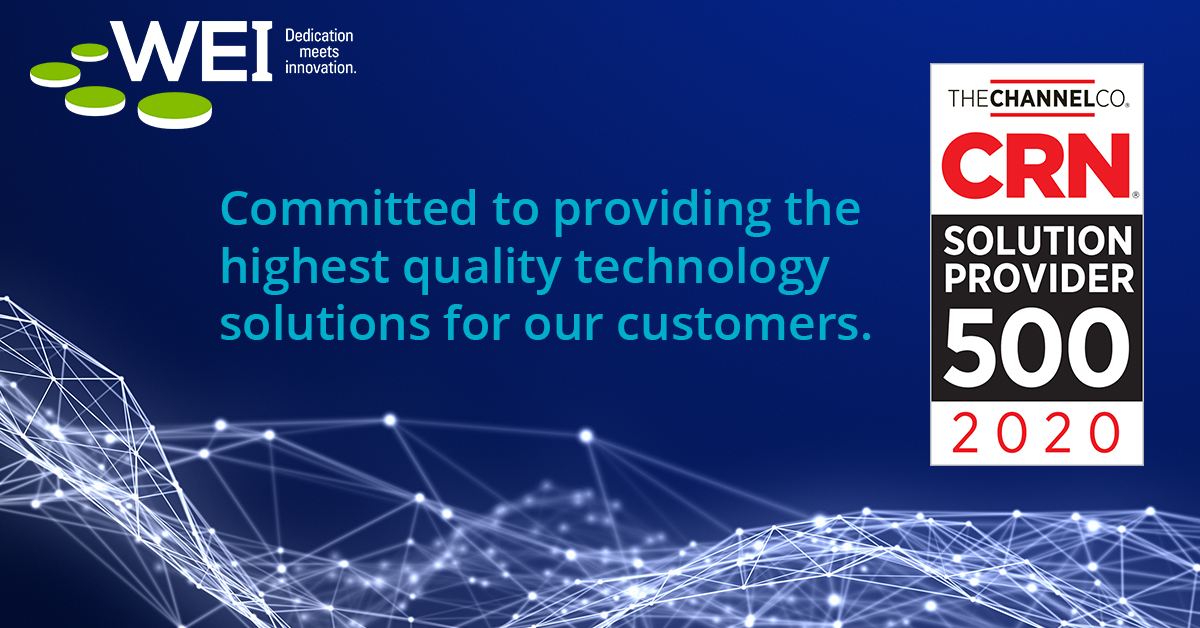 The WEI team is proud to share that CRN® a brand of The Channel Company, has named WEI to its 2020 Solution Provider 500 list. CRN’s Solution Provider 500 list serves as the industry’s benchmark for recognizing the top-performing technology integrators, strategic service providers and IT consultants, and as a valuable resource for technology vendors looking to partner with top solution providers. 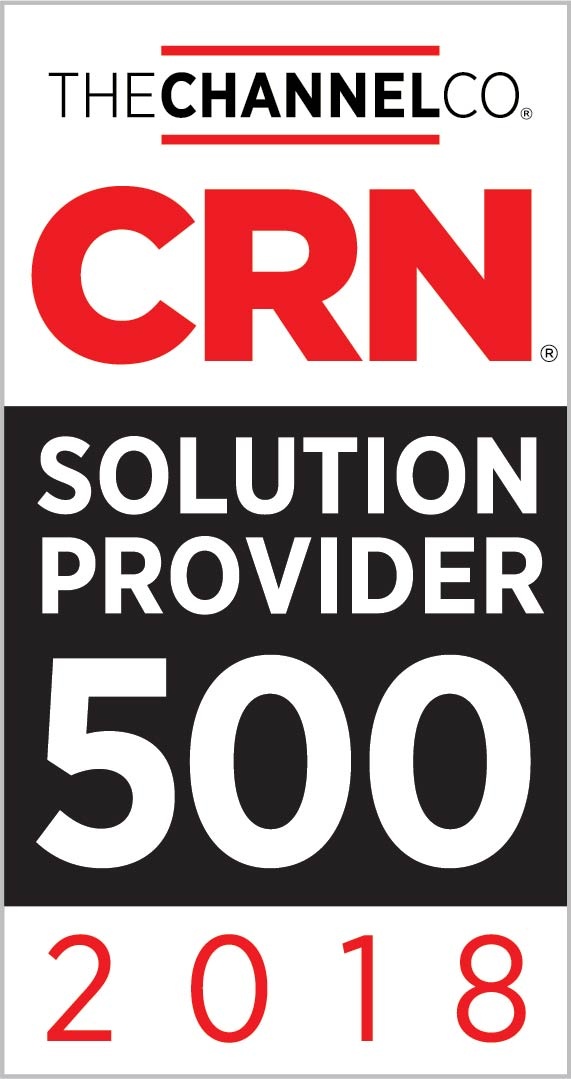 As an IT solutions provider dedicated to innovation and solving our clients’ technology challenges, we are pleased to announce our recent recognition by CRN on the 2018 Solution Provider 500 (SP500) list; WEI was ranked at #109 on the prestigious list. 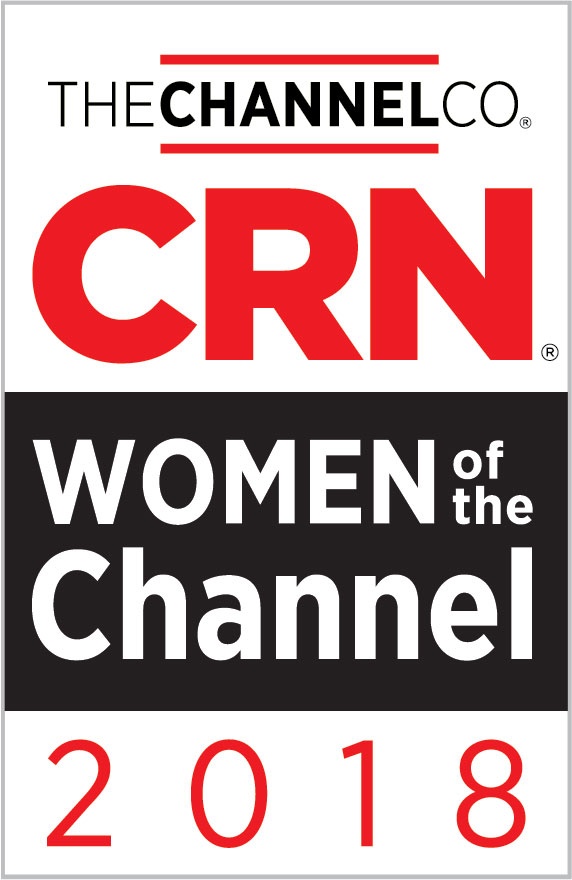 We are excited to share the news that Jennifer Burl, WEI’s Vice President of Marketing and Corporate Social Responsibility, was named to CRN’s prestigious 2018 Women of the Channel list. CRN editors select the Women of the Channel honorees based on their professional accomplishments, demonstrated expertise, and ongoing dedication to the IT channel. We are always happy to share about our wins with our clients, customers and partners, especially since we could not achieve these recognitions without their support and valued business. Read on for a look at what the WEI team has accomplished in 2016. CRN Ranks WEI #84 in the IT Channel

We at WEI are pleased to announce that for the third time, we have been named to The Channel Company’s CRN Fast Growth 150 list, ranking at #84. This annual list is CRN’s coveted ranking of thriving North America-based technology integrators, solution providers and IT consultants who have accomplished gross sales of at least $1 million, and who have experienced significant economic growth within the IT channel over the past two years. The 2016 list is based on gains in gross revenue between 2013 and 2015, and the 150 companies recognized represent a total combined revenue of more than $25,637,241,944!

As an IT solutions provider dedicated to innovation and solving our client’s technology challenges, we are pleased to announce our recent recognition by CRN on the 2016 Solution Provider 500 (SP500) list. WEI was ranked at #93, and ranking within the Top 100 is a tremendous achievement. We’re honored to announce that CRN, a brand of The Channel Company, recently named WEI to their 2016 Solution Provider 500 (SP500) list; we were ranked at #93. This annual list honors an exclusive group of standout North American IT solution providers; we are recognized among the largest technology integrators, solution providers and IT consultants in North America by revenue, and are proud to have placed in the top 100. We love sharing our recent wins with our clients, customers and friends, and are excited to announce that WEI has recently been named to the 2016 Tech Elite 250 list by CRN, a brand of The Channel Company. A prestigious award, this annual list honors an exclusive group of North American IT solution providers that have earned the highest number of advanced technical certifications from leading technology vendors. CRN Award, IT solutions provider, IT awards | 0 Comments END_OF_DOCUMENT_TOKEN_TO_BE_REPLACED
Next