How WEI can help You Navigate New Storage Challenges 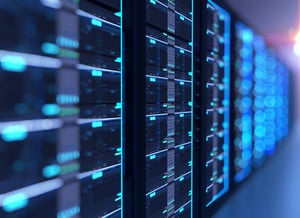 Among other concerns brought on by changes in workflow and the need to scale a remote operation, many enterprises are now facing dwindling storage capacities without a clear avenue to expand. For others that had storage upgrades planned in the first half of 2020, suddenly they were faced with a new reality that shipment delays are going to delay their upgrades, possibly affecting major business units and corporate revenue goals.

For this blog, we sat down with Kevin Wood, a Solutions Architect at WEI to discuss the storage concerns many of our clients are facing, and how we are helping them mitigate the impact of these situations with effective storage planning strategies.

A Discussion Of Storage Challenges

Kerry: Many of our clients are having difficulty managing their storage capacities. Can you tell me a little bit about the specific problems these companies are facing?

Kevin: Absolutely. A good example is one of our clients who was having capacity issues in their environment with approximately ten of their arrays. We went through the entire list of arrays to determine which presented low capacity, decide on upgrade plans for those and see how much capacity that would add. Based on that added capacity, they could then determine the extent of their storage concerns and how much longer they could run without having to purchase more storage. Basically, we worked with the client to plan out at least the next six months and ensure they can get through and maintain.

Kerry: Is this something a lot of companies are facing right now?

Kevin: I would think most companies had projects on the table that they were waiting to do, and now with changes to workflows and the impact that’s having, these companies are asking themselves, “Why did we wait so long to do this?” These companies are discovering their infrastructure can’t support the influx in users working from home. We’re helping address those situations, determine what they need and act as soon as possible so that their business is the least affected by it. We're trying to help customers with that every day.

Kerry: It seems like there are two predominate storage challenges companies are facing. One is managing through plans that had not yet come to fruition, and second they have immediate needs due to changes in workflow.

Kerry: What are some of the ways storage is impacted by the influx of remote workers?

Kevin: Most companies are having to do additional networking or build out virtual private networks for their staff. You have a lot more files and access being addressed remotely, so now you have all the security requirements that our network team has had to address. Plus, you have VDI environments. Customers who previously had small environments now suddenly have to massively increase in size to support those people.This drives additional storage or additional compute infrastructure, and we're helping to implement infrastructure or software products very quickly to support them.

Kerry: Public cloud has long been touted as a quick and easy storage fix, although we know the several pitfalls to avoid with moving everything to public cloud. Are you seeing companies shift to public cloud and how does that impact their infrastructure?

Kevin: In some cases, I would say yes. In other cases, no, primarily, due to the additional cost, as well as security concerns. If you have intellectual property, you don't necessarily want to put that on the cloud. Companies that already had a cloud initiative may have moved forward with it. Other companies just can't go to the cloud for whatever reason, so they're now having to figure out what they can do with internal infrastructure to support remote workers.

Kerry: Regarding the client we were speaking about before, you said that you put together a plan for the next six months to address their immediate storage concerns. Will you be looking even further ahead than that?

Kevin: For now, I believe we’re looking at six months to a year. Some of the arrays were at 80 to 90 percent, and they knew based on their prior growth that they were going to run out of capacity within the next few months. At this the point, the client’s plan is to purchase the next available upgrade to get them through the next six-months, at which point they can come back and reassess. An additional problem many companies are facing, and is causing additional storage concerns, is that some of the biggest manufacturers of storage can't produce due to health concerns. Kevin: We’re starting to see 3PAR arrays get pushed up to two, three, or even four months right now, just because they can't get storage in.

Kerry: What’s the impact for a customer in need right now?

Kevin: Most companies are either trying to escalate within the manufacturers or do whatever they can to get that capacity online. They may also be shifting workloads in their environment to try to free up space in other areas to get them to the capacity they need. It’s hard to say. At this point, it’s a shell game trying to figure out what you can do to buy time.

Kerry: Is it common for companies to make storage plans for six months out right now, or does it really just depend on how much storage they currently have? Are their immediate storage concerns also a factor?

Kevin: I think it's a combination. For some companies, they say, "We don't know what the next six months is going to offer, so let's look at a six-month window, plan for the worst and hopefully things are better before that." In the meantime, it's still going to take a period of time before storage producers have ramped up production back to the point where it was prior to COVID-19.

Kevin: It's tough. It’s important to have a six-month plan, for better or for worse. Companies need to figure out what they’re going to do if they run out of capacity. It's immediate planning versus long-term planning.

Kerry: If I was a customer with storage concerns and I came to WEI to help, what could WEI do?

Kevin: Oftentimes, we can go into their environment to find potential optimizations. Are there features that they're not using in their existing environment that may be able to squeeze some more capacity out? There are even times we can take other avenues to procure parts, such as used equipment. There's generally a way to get around it, it may not necessarily be the best way, but we can buy them that six-month window. In some cases, we have equipment we can loan them help them over that hurdle.

Kerry: What about clients that are restricting access to their data centers due to health concerns? What can WEI do in that situation to help the client?

Kevin: Abiding by current recommendations from the CDC and taking every precaution, we can often go in and do assessments to look at their environment.

Kerry: When you run an assessment what are some things that you're looking at?

We often perform these checks, but right now it’s especially beneficial because if we can squeeze out just a little bit more, it may get them over the hurdle and put them in a position to success with their 6-12 month storage plans.

Does Your Enterprise Have Pressing Storage Concerns?

Regardless of your level of need or the speed at which you need a solution implemented, WEI can support your enterprise through storage crises. Using a variety of methods, we will help you determine your best path forward.

If you have immediate or long-term storage concerns, contact WEI to learn more about a storage assessment.

NEXT STEPS: Check out our white paper that helps diagnose and solve common storage challenges we tend to see within enterprise environments.