Composable Infrastructure: 10 Reasons Why You Need It [Part 2] 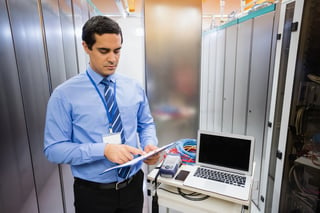 Business can no longer afford for IT to be a cost center. In the ever-transforming economy of today, ideas are the new currency of business and IT is the ATM that will deliver them. It is not just about ideas though, it is about how fast you can bring those ideas into the market where they can bring value to customers and profits to business. Resources and customers gravitate to new ideas that bring value. In order for IT to take the lead in this new world, it must become faster and more agile. In order to do this, it must break the chains of the traditional data center that weighs it down and instead implement a new means of delivering and managing technology. That new system is Composable Infrastructure. It will allow IT to break free from the ordinary and accelerate the extraordinary, ensuring its new role as a value creation partner for the enterprise.

As a continuum to our discussion outlining the realized benefits of Composable Infrastructure (read part one of this blog post), here are five more reasons why your business cannot ignore this exciting new architype that is allowing IT to lead the digital transformation of their respected organizations.