Composable Infrastructure: 10 Reasons Why You Need It [Part 1] 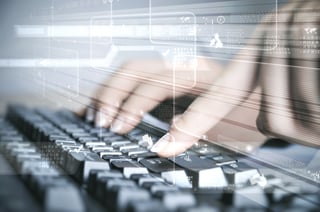 In today’s hyper competitive global economy, companies are constantly racing to convert ideas into value faster than their competition. As a result, IT is being asked to transform the data center infrastructure into a more fluid, flexible fabric that can perpetually evolve and adapt to new demands and opportunities. IT is expected to create and deliver new applications and services for mobile, social, and cloud technologies—and do so with shorter development cycles. On top of that, IT must still manage the traditional applications, data silos, and hardware while lowering the costs to do so. To say that today’s IT department has a full plate of responsibility is an understatement. The bar has indeed been set high today.

Today’s idea economy brings with it a whole new set of rules, which demand a whole new IT infrastructure because the traditional data center cannot keep pace with a dynamic environment in which change is constant and new infrastructure must be deployed instantly at times. In order to ensure the success, if not the survival of their parent organizations, IT teams must move to a new architecture that offers fluid pools of compute, storage and networking fabric that can be dynamically configured. As HPE describes it, think of a set of flexible infrastructure building blocks that can be automatically assembled and re-assembled to meet changing application needs, making it possible to provision on-premises resources easily and quickly in a way similar to the public cloud.

That solution is Composable Infrastructure, and here are 5 reasons why your business needs it today.

Check the WEI Tech Exchange blog on Thursday when we cover part 2 of this blog by sharing 5 other major reasons to consider the move to composable infrastructure.

Until then, learn more about composable infrastructure in the white paper, Orchestrating Composable Infrastructure: Six Ways to Ensure Operational and Financial Harmony.