Give Your Enterprise An Edge With Network Virtualization 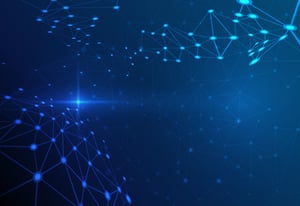 Boost Your Organization's Security with Network Visualization. Could your data center security use some beefing up? Or maybe you’re ready to accelerate some of your IT processes? Network virtualization can provide these and other benefits a la carte. If expanded across your entire network, it can even accomplish all of them simultaneously.

What Is Network Virtualization?

As a result, it is provisioned and managed independent of your hardware, and the physical networking devices simply become a vehicle for forwarding packets. Network virtualization helps enterprises achieve major advances in simplicity, speed, agility, and security by automating and simplifying many of the processes that go into running a data center network. Here are some of the key benefits:

Demands on enterprise networks continue to surge, a trend characterized by the increasing expectations of end users and the growth of devices and business applications. With network virtualization, IT organizations are acquiring the means to adapt to changing demands and align their networking capabilities with their virtualized storage and compute resources.

A recent survey by SDxCentral found that 88 percent of respondents reported it “mission critical” to adopt a network virtualization solution by 2020, and essential to help IT address the pressing needs of flexibility, scalability, and cost savings (both OpEx and CapEx) in the data center.

Take any enterprise these days as an example. Everything revolves around the ability of IT to support the business. When a business wants to ‘wow’ its customers with a new app, roll out a competitive promotion, or take a new route to market, it needs the supporting IT services immediately. That means IT needs to move much faster, and networks need to change at the breakneck speed of a digitally driven business.

The average enterprise experiences two successful attacks each week according to a global survey by PricewaterhouseCoopers. Perimeter security is simply not enough to stem the tide, and network professionals are on the line to provide a better answer.

The new model for data center security will:

In an ideal world, there should be no distinction between trusted and untrusted networks or segments, but a ZT model requires a network virtualization platform that supports micro-segmentation.

With the rise of server virtualization, applications are no longer tied to a single physical server in a single location. You can now replicate apps to remove a data center for disaster recovery, move them from one corporate data center to another, or slide them into a hybrid cloud environment.

The catch is that network configuration is tied to hardware, and the hardwired networking connections hold them back. Because networking services tend to be very different from one data center to another, as an in-house data center is to a cloud, you need a lot of customization to make your apps work in different network environments – a big barrier to app mobility, and another compelling reason for using network virtualization.

Why now is the time to consider network virtualization

Today every industry is being reshaped by technology. This digital transformation can lower IT costs and improve efficiency, visibility, and performance while driving business innovation. This new reality is exciting, and here are three reasons why now is the time for network virtualization.

1. You can make applications more resilient and minimize the impact of planned maintenance and migrations.

In a virtualized network, applications are decoupled from the underlying infrastructure, making them location-agnostic. Networking and security services span multiple sites, so applications can be run closest to the point of use, improving both response time and user experience. VMs and entire data centers can be migrated with zero downtime.

2. You can start easily running applications across multiple environments and enable important use cases.

A virtualized network gives IT the ability to create a unified, seamless, and resilient pool of infrastructure resources to run applications across multiple data centers and clouds. This improves both capacity utilization and availability, helps support disaster avoidance, and minimizes planned downtime for data center upgrades and security patches. It also allows for scenarios like data center migration, data center consolidation, or mergers and acquisitions.

3. You can reduce the complexity of IT operations.

Network virtualization extends a common operational model into the cloud, enabling combinations of private and public clouds in ways never before possible. It gives IT teams the freedom and control to connect and secure applications across multiple clouds with consistent networking and security, and uses automation to streamline management and operations. All of these advantages allow for delivering services more strategically to the enterprise.

Begin Your Digital Transformation With WEI

If you’re ready to streamline operations, reduce TCO, and build the confidence to meet whatever tomorrow brings, contact WEI and start a conversation about network virtualization today.

NEXT STEPS: Download our white paper titled "Software Defined Networking:
The Next IT Paradigm Of Promise" to learn the ins and outs of the new software define networking revolution and discover how it can benefit your organization.