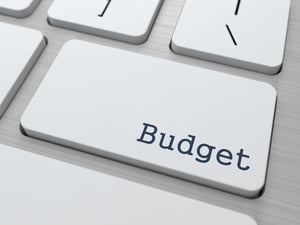 Let us guess, the majority of your employees prefer a Mac as their computing device of choice? Of course, it figures that their first choice is the also more expensive too when compared to a PC. Or is it? While the initial acquisition cost of a Mac device is certainly higher than a PC, the number on the price tag is not the true cost of an item. The true costs is the combined costs of maintaining the item throughout its period of ownership.

So, what if we told you that while the upfront cost of a Mac was $500 more up front than a comparable PC device, it actually cost $50.25 less over a 3-year product cycle when hardware and software costs were factored? Suddenly the Mac is a slightly better alternative.

But the expense of owning a computer goes far beyond the cost of its internal hardware and software.  There are the invisible costs such as provisioning and deployment, support tickets, device management and energy. Once all of these are accounted for, the combined expense of owning a Mac is $678.56 less than a comparable PC. That is a number worth repeating.

The cost of a Mac is $678.56 less than a comparable PC due to lower hardware, software, provisioning, support and operational costs.

We’ll explain how this number is derived in a moment, but for those skeptics, consider a contributing factor in that it takes an IT employee 5 minutes to set up a Mac for provisioning, as opposed to 60 minutes for a PC. The faster that IT can get enterprise devices into the hands of your employees, the faster they can begin working with it to create value.

There are so many ways in which Mac devices are less costly. Of course, a computer isn’t just an expense. It’s an investment, an investment that will empower the user assigned to it, enhancing their productivity and creativity in their job—which in the end creates value for the company itself. A PC vs MAC discussion is more than a Ford vs. Chevy type of debate. It’s about which computing platform results in a greater ROI for your company. That fact will go a long way in determining which platform is better for today’s enterprise.

The numbers presented here come from a study conducted by Forrester Consulting that examined the potential ROI that companies can realize by deploying Macs to their enterprise users. The study involved seven large enterprises that had experience deploying Macs but were largely PC-based.  Most PC dominated enterprises can undoubtedly identify with their greatest challenges.

To overcome these challenges, the respective organizations decided to implement an employee choice program. Working under the assumption that Macs would be easier to deploy, manage and secure, IT hoped the strategy would show a greater ROI in the end.

In order to accurately assess the true costs of a computing device, Forrester broke down all IT tasks associated with a device into unit measure units called full-time equivalents (FTEs). By doing this, Forrester could assign actual comparable costs to each platform. The findings were nothing short of remarkable.

Think of the complexity in provisioning Windows devices. Think of how provisioning methodologies are constantly evolving as vendors try to find a better way to manage images and provisioning packages involving multiple driver sets and application portfolios. Said one IT Director that took part in the study:

“We want to be able to hand a new hire a laptop that’s ready to go, to walk away and not have to do anything.”

Just as the final cost of a product exceeds its initial price, the cost of supporting, managing and operating a new client device goes beyond provisioning and deployment. Take support for instance. Mac users typically open fewer service tickets with their company helpdesk. Some of this is due to their greater familiarity with their beloved products but it also has goes to the fact that Macs are less error prone. There is good reason for this; because Apple has control over the hardware and OS, issues tend to be simpler and less error prone. Less complexity translates into few things going wrong. Not only were these findings substantiated by the Forrester study, there is actual computable cost savings associated with it.

Less tickets also mean that your IT talent can focus on greater things of value themselves as well. We mentioned that there are so many reduced costs associated with Mac devices. Stay tune for part 2 of this blog series, where we highlight some of the other contributing factors.