8 Reasons Qumulo Should Be Part Of Your Cloud Strategy, Part 1 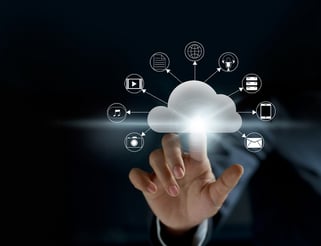 When it comes to challenges faced by today’s IT organizations, there are few as universal as data management. In the last two decades, the volume of data that enterprises are expected to utilize, secure, and manage has increased exponentially. The location of that data has also changed, with much of it moving to the cloud or hybrid environments.

Raising the stakes even further, the value of data has increased as well. An enterprise that isn’t making use of the data it has, isn’t securing it properly, or isn’t ensuring users have access to the data they need to be productive will fail.

To stay on top of this constant flow of data, enterprises require a solution that can offer the support for not only the volume of data, but also differing file types, data locations, applications, and workloads.

In this two-part series, we’ll discuss the top 8 reasons Qumulo should be a part of your cloud strategy. This first article will share our first four reasons. (Read part 2 here.)

Complexity is a major factor in the amount of time and resources IT must dedicate to data management. When it comes to managing cloud data, which may exist in a combination of private and public clouds, it gets even worse.

Several key features, including the ability to migrate applications to the cloud without rewriting/refactoring, the ability to automate DevOps workflows with advanced API, and a quick and easy setup process, all contribute to this simplicity.

Enterprises who make the switch will immediately see and experience the time and cost benefits of Qumulo’s simple management system.

To fully take advantage of the data collected by the enterprise, it can’t be inert. Data has its own lifecycle and through Qumulo, enterprises can manage each stage of it.

The cycle, as broken down by Qumulo, is as follows:

With Qumulo, enterprises can manage data throughout its lifecycle with a single solution, giving IT unparalleled visibility across the enterprise and making it easy to find and catalogue individual pieces of data as necessary.

3. Proven in every industry

Data management is a problem for every enterprise, regardless of scale or industry, and Qumulo can assist with them all.

Whether your enterprise is in healthcare, media and entertainment, manufacturing, or anything in between, Qumulo can provide the cloud data management solution you need to be successful.

4. Qumulo has a broad range of use cases

Just as Qumulo can provide for enterprises in every industry, it also has a broad range of use cases.

Beyond just helping enterprises manage business data, Qumulo has a wide range of use cases from helping customers analyze data to develop new technologies, to providing support for video surveillance systems responsible for student safety, to supporting aerial imaging that is key to disaster response.

As detailed above, Qumulo offers enterprises more than just data management. By engaging with Qumulo, you can finally tap into the true potential of the data you collect and utilize it to not only inform your strategic decisions, but completely transform the way you do business.

Stay tuned for part two of this article series where we will discuss the next four reasons Qumulo should be part of your cloud strategy.

As a leader in data management, Qumulo is trusted by Fortune 500 companies, major film and animation studios, and some of the largest research facilities around the world. From building smart cars, to vital disease research, enterprises around the world are changing the way they store and utilize data thanks to Qumulo.

This blog post is part 1 of a 2-part series about the benefits of leveraging Qumulo for enterprise data management. Continue on to part 2 here >>

NEXT STEPS: Learn 7 ways Qumulo can meet your data needs as you grow and scale in our tech brief below, "Critical Data Storage for a Distributed Enterprise."